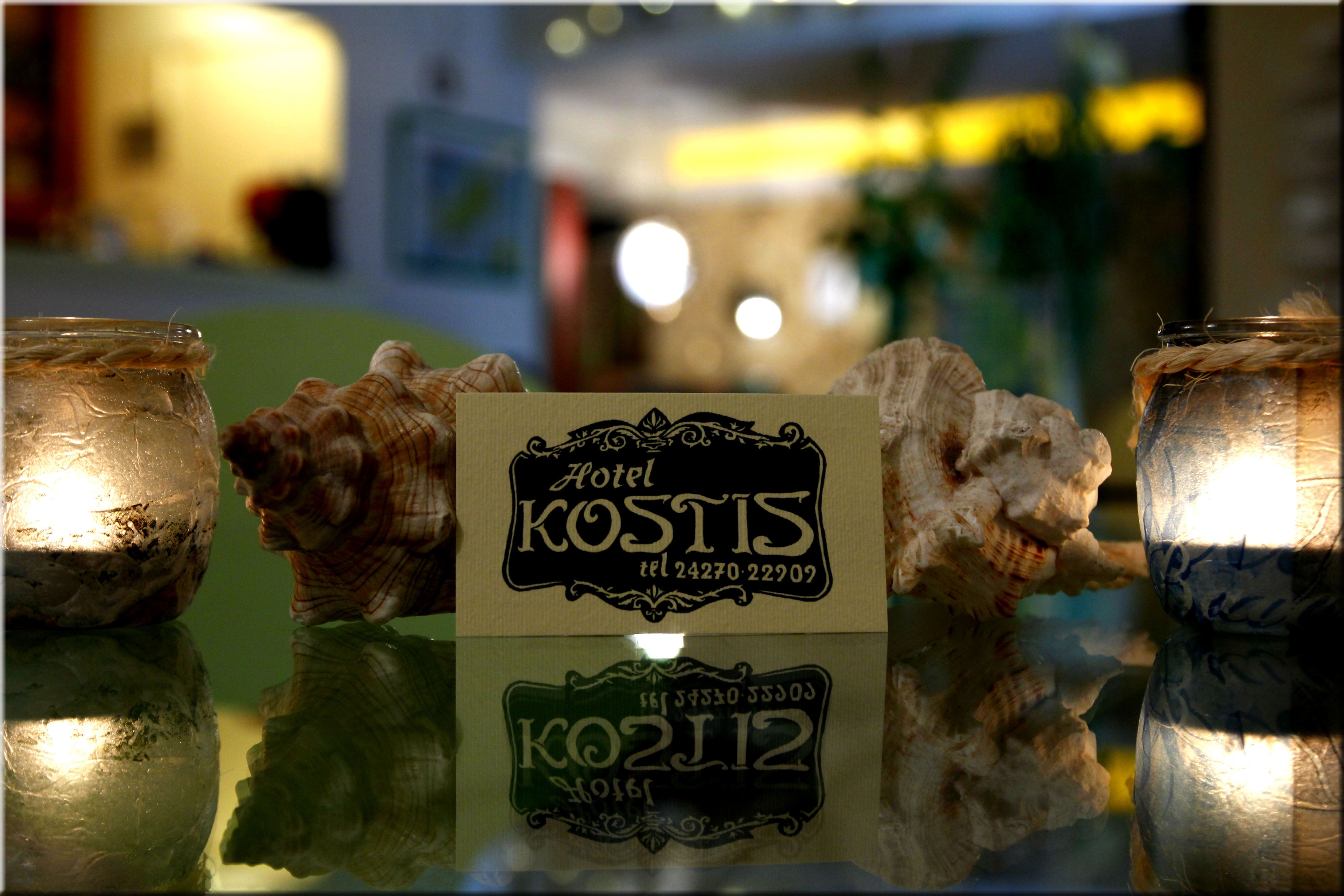 A Place to Relax

We are proud for our clean and comfortable rooms with a personal touch and care. Always at your service !!
Book now

Following a tradition of hospitality and respect to our guest, Hotel Kostis is offering pleasant and colorful spaces, decorated with paintings with a breeze of summer.
Hotel Kostis is ideal for Families, smaller groups to 40 persons
Many cultural and other associations, Center For Elderly Citizens and schools, have complete their stay with the better impressions.
It offers eleven rooms with two bed, and five three bed rooms nicely warm and summerly decorated. All rooms have individual bathroom, balcony and are equipped with air conditioning, refrigerator and TV set.
Particular gravity we give in the cleanness of spaces, which is daily and in detail.
Beginning your day and front you wander in beautiful Skiathos, you can enjoy in the dining room-or in the room and-also in friendly and familial atmosphere, one rich morning.
At the Hotel lobby you can enjoy WIFI your beverage or Coctails while listening to selected music compilations.
The room service is also available all the day.
There is a parking lot a few meters away from the Hotel.
We’re looking forward to offer you our hospitality.
Get in touch
Location

The hotel ‘Kostis’ is located in the center of the country of Skiathos.
The market, public transport, remarkable sights and the cosmopolitan nightlife of the island are at your feet.
Next to ‘Kostis’ lies Papadiamanti Street, the main pedestrian street that gathers all kinds of shops.
At a distance of 150 meters we find the port where the starting point of the buses is, providing easy access to the wonderful beaches on the south side.
Boats also depart from the port for the sandy beaches of the northern part of the island and mainly to Lalaria and Kastro, the historic settlement of Skiathos. Excursion ships still make daily day trips to the neighboring islands of Skopelos and Alonissos and the protected water park in the area.
At a distance of about 100 meters from the hotel you will find the house-museum of the great short story writer Alexandros Papadiamantis, while from the very nearby church of Agios Nikolaos you can enjoy a panoramic view of the port.
Bourtzi, the The picturesque district of Panagia Limnia, Plakes, are offered for afternoon walks, while at dusk the night life of the city begins.
Restaurants for every taste, cafes and bars give rhythm to the summer nights of Skiathos.

Holidays with friends or family?
A holiday home awaits you 6 km from the port of Skiathos,
in the area of ​​Agia Paraskevi (ten minutes walk from the beach of the same name).
Includes two large bedrooms with private bathroom, well equipped kitchen,
living rooms, wc, large balconies with panoramic sea views.
There is also a garden, parking space, swimming pool and pool bar with great views on the south coast of the island.
There you can enjoy your breakfast or drink.
With easy access to other beaches and to the city center of Skiathos !!

The history of Skiathos dates back to prehistoric times, when the first inhabitants of the island were the Pelasgians. People who had their roots in the north and specifically in the region of Thrace. The Chalcidians appear between the 7th and 6th century BC. They built their city west of the present port, on a hill so that they could watch the movements of the enemies.
In 478 BC. Skiathos became a member of the First Athenian Alliance.
In 404 BC. with the end of the Peloponnesian War and the defeat of the Athenians by the Spartans, Skiathos was under the hegemony of Sparta.
In 378 BC. During the founding of the Second Athenian Alliance, Skiathos became an ally of Athens again. During this period and for about 40 years, Skiathos autonomous experienced tremendous growth. Characteristic of the great financial comfort is that at that time it had its own bronze coin, in which on one side appeared the head of Mercury and on the other the word ‘CKIATHI’. In 338 BC. was under the rule of the Macedonians.
After the Macedonians, the Romans, together with their ally Attalus, arrived on the island and looted what was left. The Romans having subdued in 146 BC. almost all of Greece, granted many freedoms to cities and islands.
In 42 BC. Antonios donated Skiathos to the Athenians wanting to thank them for their friendly behavior.
In the Byzantine years, after the temporary occupation of the Byzantine Empire by the Franks in 1204, the latter handed over the island to the Venetian brothers Gizi, the who remained on the island until 1276 when the fleet of the Byzantines led them away from the Northern Sporades. The Byzantines left Skiathos for good in 1453.
1538 was a decisive year for Skiathos. The Turks, after seven days of siege, conquered the island, scattering death among gunmen and women and children. They imposed many harsh laws. Along with the nationwide uprising in 1821, the inhabitants of Skiathos also revolted. The Turks, defeated, left the island, to attempt again in October 1823, disembarking 200 men. But then the Greeks, led by Karatasos, Gatsos and Pereivos, defeated the invaders, giving Skiathos its independence forever.
The Skiathos returned to their old city in 1829. From here on, the glorious course of the island begins, without wars and disasters, where progress was the only concept of the inhabitants.
The exception was the burning of the island by the Germans in World War II.